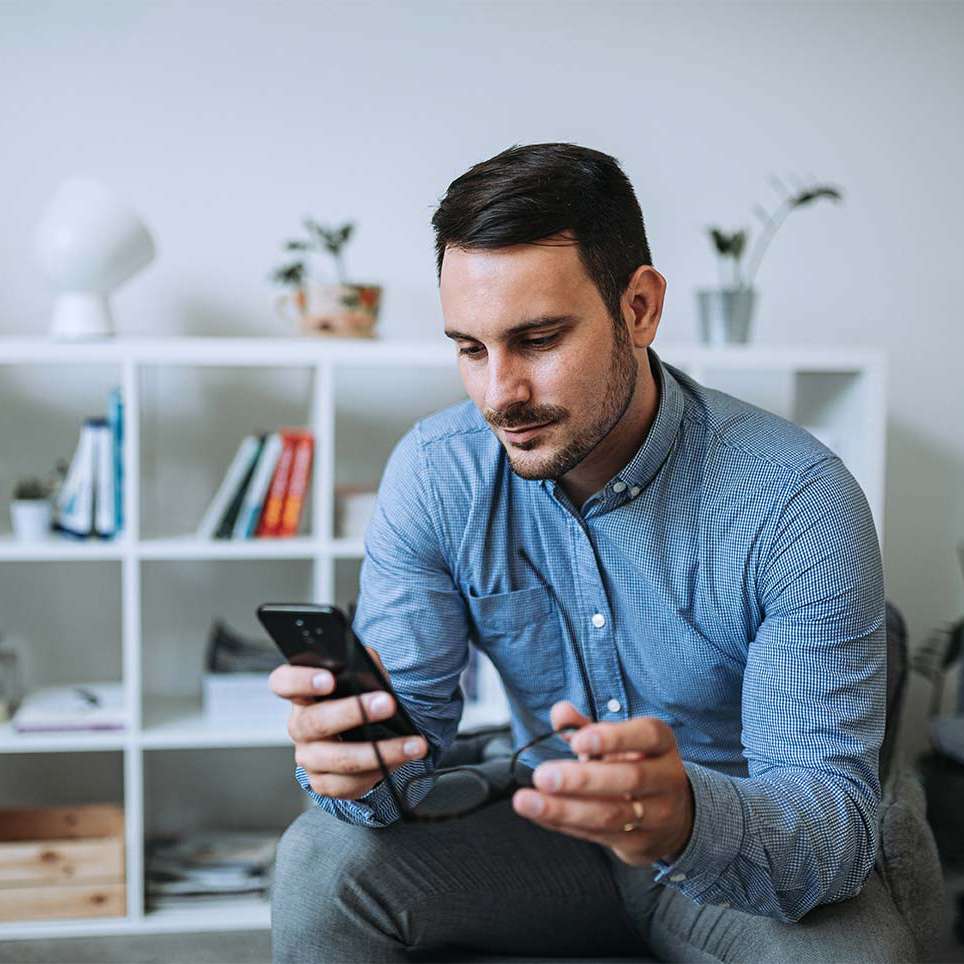 We’re all increasingly reliant on technology to live our lives, especially in the last few months, so
choosing the right broadband or phone provider is a vitally important decision.

But there are a number of factors that should go into that decision. Speed is an important factor,
but it shouldn’t be the only thing you look at, as even the fastest download speeds will be no
good to you if your connection is constantly dropping out.

So, which are the most reliable providers when it comes to broadband and phone connections? 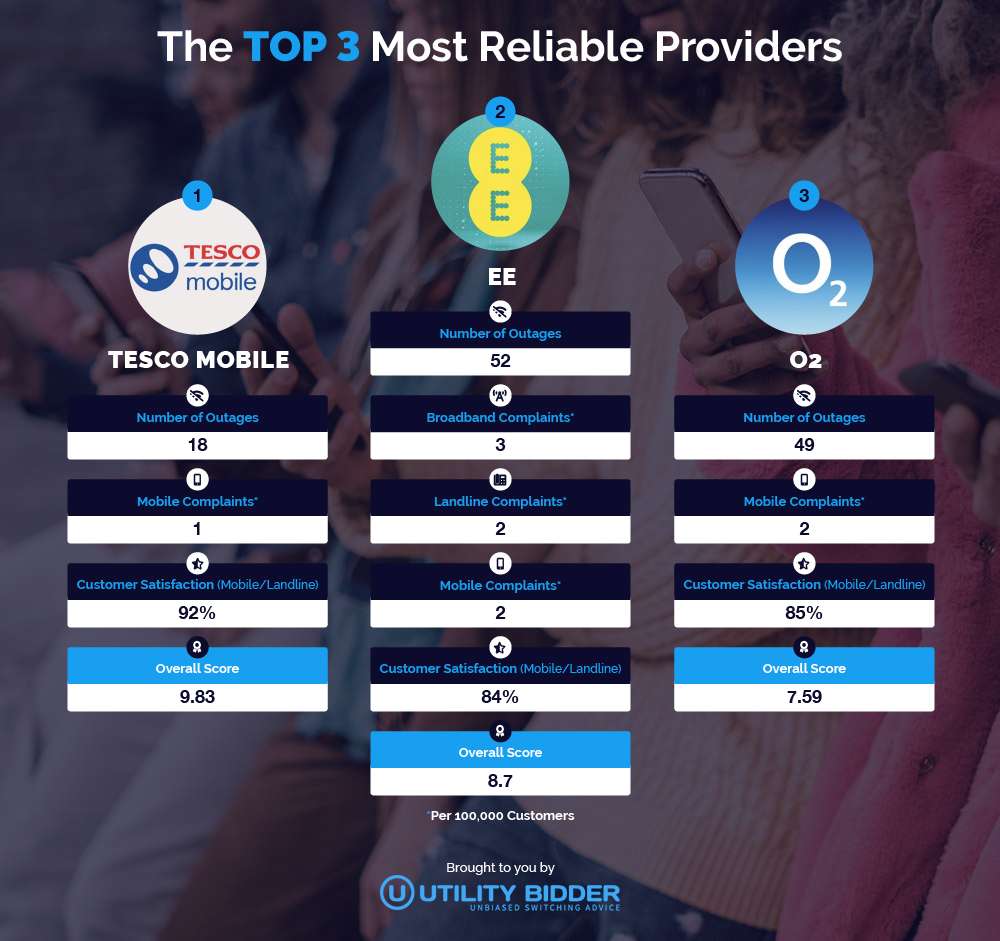 That the top spot was something of a surprise contender, Tesco Mobile, with an average score
of 9.83 out of 10.

They received just 18 reports of disconnections in the last twelve months, with just one
complaint for every 100,000 customers.

Tesco actually use O2’s network, so their infrastructure is sound and with a 92% customer
satisfaction score, they may be being criminally overlooked at the moment.

EE was the highest-scoring of the major UK telecom giants, with just 52 reported outages in the
last twelve months, far less than the likes of Sky, Virgin Media and Vodafone.

They also fare well compared to their competitors when it comes to number of complaints
across all three of their services.

O2 was another major provider with a relatively low number of reported disconnections, with just
49 over the last twelve months, which is impressive for one of the country’s biggest networks. 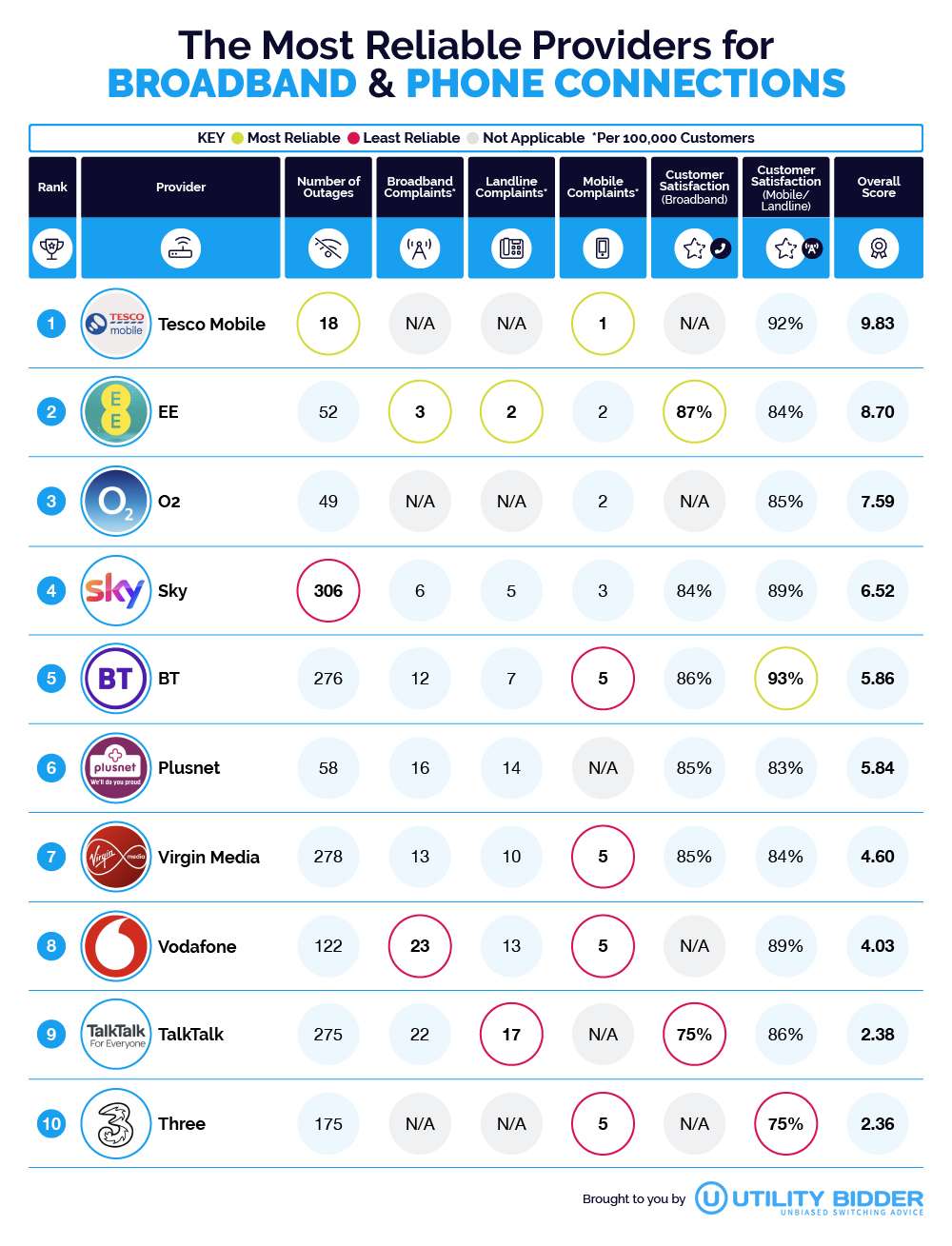 Number of Outages
The total number of outages or problems reported to Downdetector in the last twelve months
(October 2019-September 2020).

Complaints per 100,000 Customers
The number of complaints regarding fixed broadband, landline and pay-monthly mobile services
per 100,000 customers, according to Ofcom (January-March 2020).

Customer Satisfaction
The percentage of customers satisfied with the reliability of their broadband, landline and mobile
phone services, according to Ofcom.