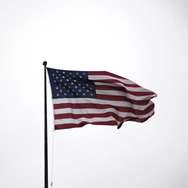 We often hear from businesses who are dissatisfied with the water rates in their local area. Sometimes water bills – especially for enterprises that use a lot of water – can be very steep, and it’s understandable that people complain and grumble about their fees. But the truth is that in the UK we have a reasonably good water market – with fairly low fees.

To demonstrate this, our team have looked across the world at different rates charged for access to clean and safe water. Below, we share some of the findings from that research – to show how water rates differ depending on where in the world you’re living.

In the East, there are plenty of examples of impressive water systems that have been built to support huge populations. In China, for instance, there’s a huge amount of water required to service over one billion people – and a huge agricultural industry and production sector, too.

But perhaps the most impressive water system comes courtesy of the island nation of Singapore. This country has no natural access to fresh water, and yet has a hugely dense population, situated on an island that’s smaller in size than Greater London. It’s here that water is taken in by the sea, and processed to remove impurities and salt – before being fed into people’s homes. It’s an incredibly complex and costly process – and it should come as no surprise that Singaporean consumers have to shoulder some of that burden. 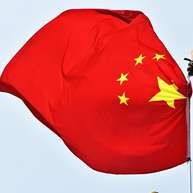 Let’s begin with the world’s largest economy and a close ally of the UK. Over in the United States, water charges tend to be higher across the board – for individuals and businesses. Moreover, as recent reports from Flint, Michigan, have revealed, there are often impurities in the water across the US, which would not be permitted in the UK.

As such, it’s fair to say that US consumers are getting a worse deal from their water companies than we do in the UK. Some studies have suggested that US businesses pay double the fees of European companies to access the water they need to trade. That’s quite a difference.

Scandinavian countries, as well as Germany, and parts of the UK, all operate with partially or fully nationalised water systems. This means that the water is supplied by a state-owned company, which then sells you water at a low rate. Or so the logic goes. In some countries – especially the Nordic ones – this model actually serves to slightly increase prices, leaving some consumers out of pocket.

The benefit of the nationalised model is that water providers are far more incentivised to provide the best quality water to their customers. They’re not chasing cost-cutting at every turn – and they’re often simply reinvesting all of their profits in making their facilities better, replacing piping, and becoming a better water supplier. So rates may be a little higher in Scandinavia – but they’re getting a better service, too.

India has a fascinating system of water production that’s being dramatically overhauled at present. The creation of huge dams in the country’s north – where rivers spill from the Himalayas – are currently driving hydroelectric power across the country. Meanwhile, with a little more control of these rivers and the flow through them, the country is building a large agricultural and business development water infrastructure – especially in the northern states.

Now, while it’s difficult to compare the Indian water rates to those in the UK or elsewhere, it’s clear that India is racing ahead in creating cheap water for its lower-class farmers and small business owners – often expending this service free of charge to villages, towns and settlements that need it the most.

Finally, Australia also provides an interesting case study for the inspection of water rates across the world. With no huge sources of water – no great rumbling rivers tumbling from the mountaintops – Australian water providers have to use a variety of methods to acquire and store water. The country is also vast – and for the settlements in the centre of the landmass, it’s almost impossible to service them with a constant supply of water. It’s also incredibly expensive to do so.

In light of this, Australia is one of the more expensive countries by water rate in the world. For businesses in the country that use a lot of water – like agriculture, mining, and other production companies – this can add up to a significant monthly overhead.

It’s clear that water is a resource that we need to process and refine before it can be safely used for consumption and human processes – and this short guide shows how different regions of the world deal with those costs.